The Rio Grande Council of Governments region is located along the southwest corner of the State of Texas, bordering Mexico’s State of Chihuahua on the south and New Mexico to the North and West. This vast region covers 25,516 square miles and is home to Big Bend National Park and Guadalupe National Park. Geographically, El Paso is the smallest county, but it accounts for 77 percent of the total population. Doña Ana County in New Mexico is the second largest population accounting for 20 percent of the region’s total population. Most notably, the entire region is located in the Chihuahuan Desert, which extends into parts of New Mexico, Arizona and Mexico.

Ft. Bliss, Texas, which is home to the U.S. Army Air Defense Artillery School and four combat ADA brigades, also serves as the region’s largest employer and economic driver. The El Paso, Texas/Cd. Juárez, Chihuahua metroplex–the center of the Paso del Norte region and one of the world’s largest binational metropolitan areas — is the ideal laboratory for social, economic, and policy research. A variety of demographic trends highlight the region. Most notably, El Paso is the urban center and regional core for the delivery of a variety of goods and services for counties located north of I-10.

Travel, tourism, and agriculture serve as a substantial contributor to the economies of Brewster, Culberson, Hudspeth, Jeff Davis and Presidio counties, as well as federal and state government. Most of the mountain ranges in Texas are located in these counties. Guadalupe Peak, located in the Guadalupe National Park, in Culberson County, is the highest peak in Texas, which is at 8,717 feet above sea level. McDonald Observatory, which is a unit of the University of Texas at Austin, located in Jeff Davis County, is one of the world’s leading centers for astronomical research, teaching, and public education and outreach.

The Rio Grande Council of Governments region is unique in the State of Texas, through its traditions and in its geography. 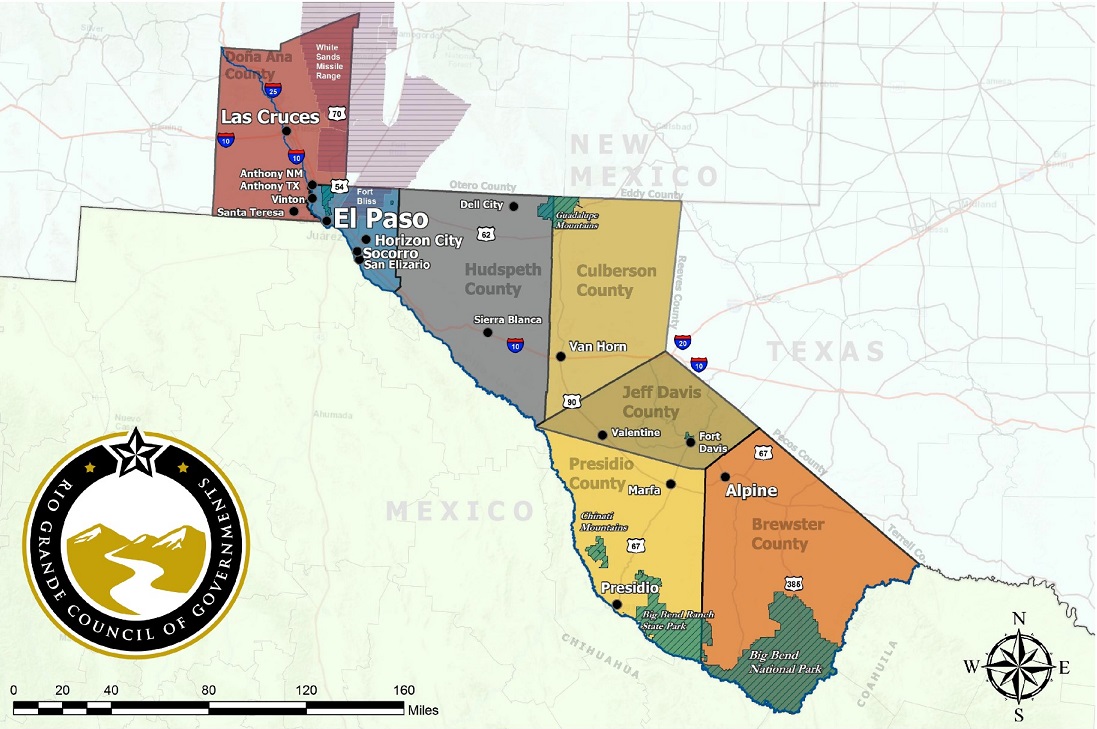